The Big Bore Air Rifles are becoming a hit in the market. Talking about the sector of guns and ammunition, the big bore air rifles are something that the latest generation is very crazy about. Whether it is for hunting, target practicing, or even getting rid of the pests, a big bore air rifle will come to your use in every situation. Apart from that, holding a big bore air rifle in one’s hand is always very exciting and gives us a sense of pleasure. Overall, this domain in the sector of guns and ammunition gives the gun enthusiasts some versatile products that can be used in most of the activities that require the use of a firearm.

Like all other products, the big bore air rifles are not available in only one type. There are hundreds of items and this creates confusion in the mind of the prospective customers. Especially the newbies in the field of guns and ammunition are deceived the most and made a profit off by the fraud companies. However, we have brought you a list of the top 5 best big-bore rifles that you can buy and spend your money on a quality product. With that being said, let us jump straight into the list. 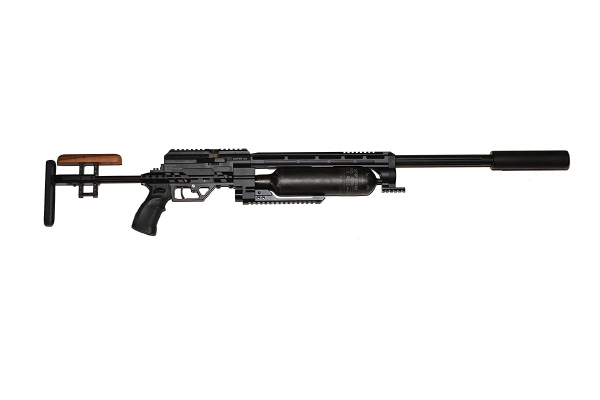 The Evanix Sniper X2 Air Rifle has a very unique design resembling modern combat weapons. It is based on various materials but is mainly based on metal. Some of the features of the Evanix Sniper X2 Air Rifle are 11.5 inches to 16.5 inches length pull, is equipped with an ambidextrous stock, have finger grooves, and are equipped with a built-in manometer, and has a 300cc air tank.

The air rifle weighs around 8 pounds and is movable in 2 stages. This rifle has 2 button stock for the purpose of the vertical movement. One of them measures 41 inches and the other measures 46 inches. It is also connected to weaver optics air to facilitate the adding of tactical attachments and for the end mounting system. 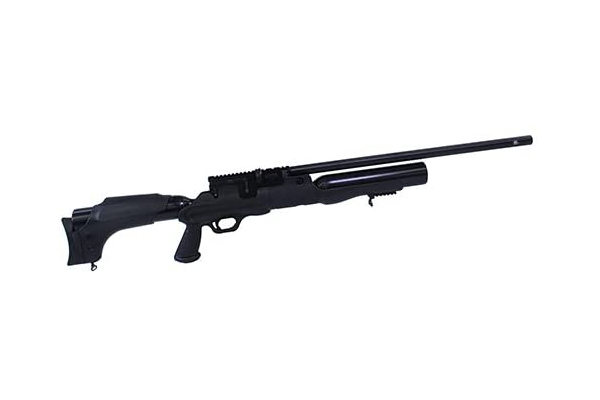 The Hatsan Hercules Air Rifle is the second big bore air rifle in our list of the best big bore air rifles available in the market that you can buy. It is quite powerful. Some of the features added to the Hatsan Hercules Air Rifle are 11mm/22mm rail, is equipped with the integrated sling mounts, has dual safety: manual and automatic, and has an adjustable rubber butt pad for comfort and safety.

It also is equipped with the QE technique that helps in sound moderation and cuts the noise by 32%. For added security, it also has an antiknock system. Weighing around 13 pounds, it is very adjustable in 2 stages and gives 15 powerful shots in .45 caliber. Overall, the Hatsan Hercules Air Rifle is suited for someone who doesn’t have any problem with the weight and is in need of a powerful air rifle. 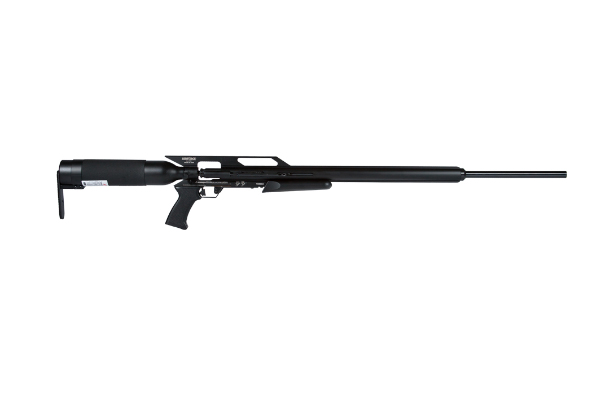 If we need to come up with a list of the most powerful big bore air rifles, then the Airforce Texan Big Bore Air Rifle would surely take one of the top spots. The third big bore rifle in our list of the best big bore air rifles available in the market is known as the Airforce Texan Big Bore Air Rifle and is made in the USA. The gun is supplied with the .45 calibers lead bullet by the manufacturer having a range of approximately 1,000 feet and can achieve 700+ feet per pound.

Some of the features added to the air rifle are that it is equipped with a 490cc tank, has a textured grip, is movable, and produces no baffles. It ejects single shots and has a weight of around 8 pounds. As an added advantage, the butt plates can be rotated in right as well as left for casting purposes so that you can easily get on or off the cast. However, the gun is only recommended for lead projectiles. 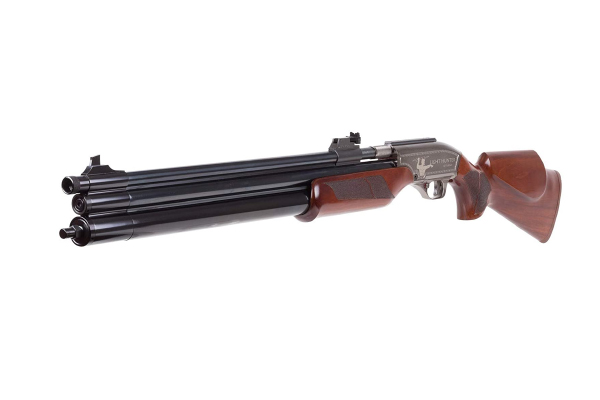 Here comes the fourth big bore rifle available in the market that you can buy. Known as the Seneca Big Bore Light Hunter Air rifle, it is also one of the most powerful big bore air rifles that you can buy. However, it is a single-shot rifle and needs to be reloaded after every shot. The Seneca Big Bore Light Hunter Air rifle comes with .44 calibers and is equipped with a 244cc air reservoir. It also has the 2 power levels to be used for various purposes that make it one of the most versatile big bore guns available in the market. One of them is a bolt stop for low power and another is for high power.

Some of the other features added to the air rifle are that it is a PCP air rifle, and has bolt action, comes with a steel barrel that gives it a long life, and is equipped with an 11 mm scope rail. Long story short, if you are in need of a powerful yet lightweight weapon, then this one is the perfect choice for you. 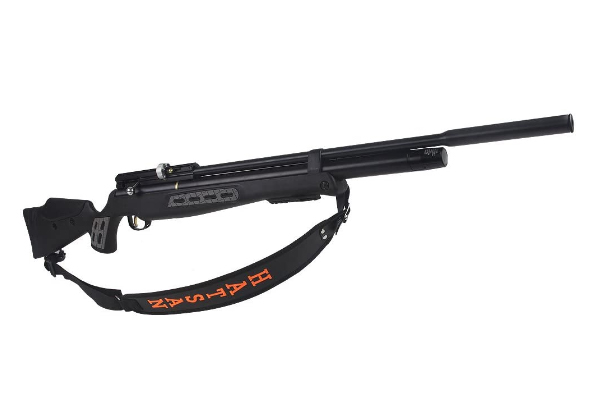 It is a PCP (Pre-charged pneumatic) air rifle and is quite cheap. The rubber recoil pad is easily movable in either angular or vertical direction. It is also equipped with an anti-knock system that prevents gas wastage. The integral sound moderator equipped to the rifle is reduced by almost 50% and is also equipped with a weaver /Picatinny access rail for attaching a bipod, laser, or a flashlight.

This marks the end of our list of the best big bore air rifles available in the market that you can buy. We would like to recommend you buy a big bore air rifle that has high power and shoots pellets at a very high muzzle velocity for optimum performance.

These models are very user-friendly too, as they are manufactured by using nitrogen & PCP powered rifles. They are more effective in certain fields such as when you are out in the wild for hunting or just spending your time with target practising.

Also, the best big bore air rifles are very useful in pest control too, along with the shooting games as well as target practice. However, you need to check the rules and regulations regarding the permissible air rifle of the state or the country you live in. Different regions have different permissible limits; hence you need to check them thoroughly and then decide which one would be the best for you.