We must have heard about the weapon called AK 47 at least once in our life. After its launch by the Soviet military in 1949, it became one of the most used and massively popular military firearms throughout the world.

The AK 47, shortened for Avtomat Kalashnikova, stands for Kalashnikov’s automatic device, became a massive hit because it’s easy to use, rugged, and reliable build. It brought so much name, fame to the AK series that, as per a report in 2004, almost 100 out of 500 million guns active worldwide were an AK. Out of this 100 million, around 75 million firearms were AK 47. 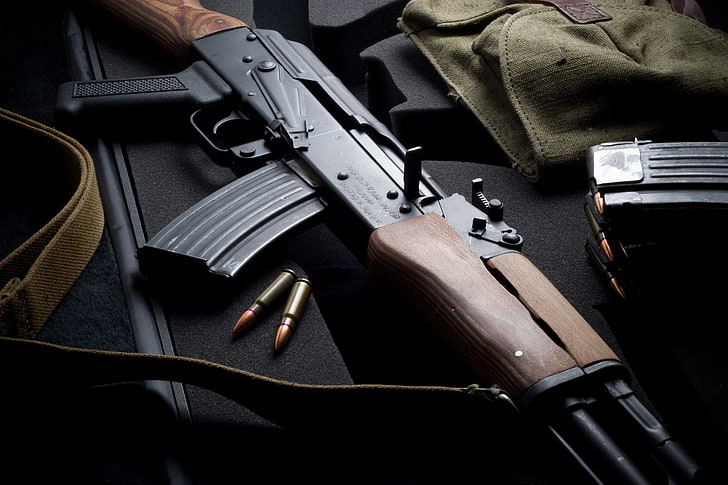 During World War II, the German military used the Sturmgewehr 44 rifle that somewhat dominated the Rifles used by the Soviet Army. There was a growing need to design a weapon that would be convenient, rugged, and yet easy to use by the Soviet military. Mikhail Kalashnikov, a weapon designer and a soldier himself, stepped in and designed the revolutionary AK 47. It was first manufactured in the year 1947 and hence, carries is digit 47 with the name.

The AK 47 is a gas-operated weapon with a 7.62 x 39 millimeters caliber having a muzzle velocity of around 700 meters per second with the firing rate of 10 rounds per second. As soon as large-scale manufacturing of the weapon started and adopted by the Soviet military in 1949, this weapon set a new level of advancement in the field. The AK 47 was being embraced by almost all the armies in the world, and until today remains as one of the most popular guns in history.

Why is AK 47 a big hitter in the field of weaponry and firearms?

The simple answer to the question is because of its design that was way ahead of its time. Every Soldier on the battlefield at that time dreamt of having and AK 47 in his arms, that would provide him a massive amount of confidence and give an edge over is opponents.

Something to hate about the AK 47

Well, frankly speaking, not everything is perfect. Even the AK 47 has some defects in it. Let us discuss them too so that you are aware of the shortcomings beforehand. 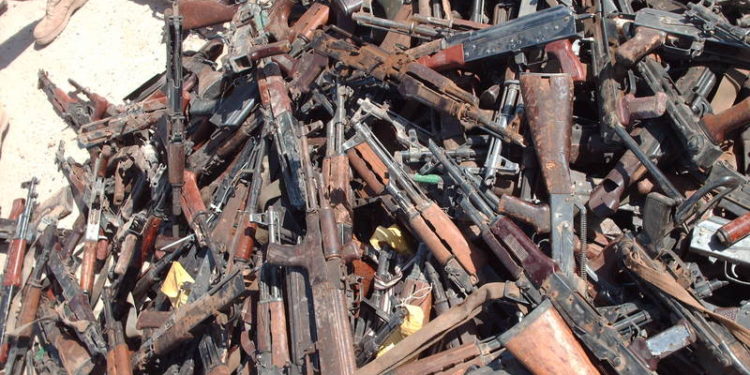 There is a lot of AK 47s available in the market. It might be hard for some people to choose the best AK47 according to our needs and desires. In this article, we will discuss the best AK 47 available out there and give you a complete review of the items that made it to our list. 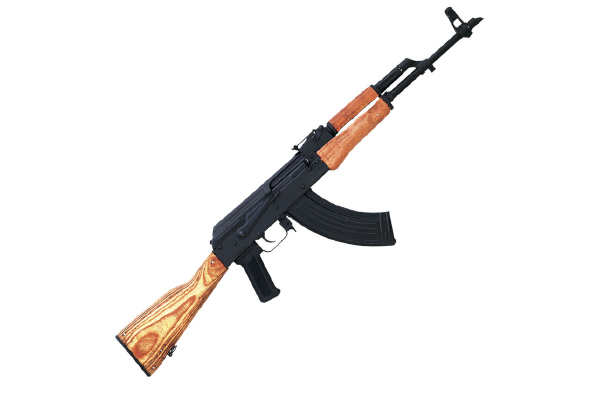 The WASR 10, manufactured in Romania, is one of the most famous and the cheapest AK 47 that you can get. Being one of the cost-effective firearms, it might not guarantee you a perfect shot, but we’ll be sure to hit somewhere near the bull’s eye. This firearm is an idle buy for all the amateurs and those who use a semi-automatic rifle gun for practicing for hunting.

This weapon has a hard Chrome lined hammer-forged barrel with a stamped receiver and accepts all standard AK magazines. The WASR 10 uses 7.62 X 39 millimeters caliber, which fires 30 rounds at a time. The Gun with the barrel length of around 16.25 inches and a weight of 7.5 pounds suits very well having pretty good reliability. However, a significant disadvantage with this Gun is its control.

Gun enthusiasts sometimes feel that this is not the most comfortable Gun to control and might disrupt your aim due to its vast recoil. Overall, this Gun is suitable for newbies in the field of semi-automatic Rifles and for those who use them as a source of entertainment either by practising or going for hunting. 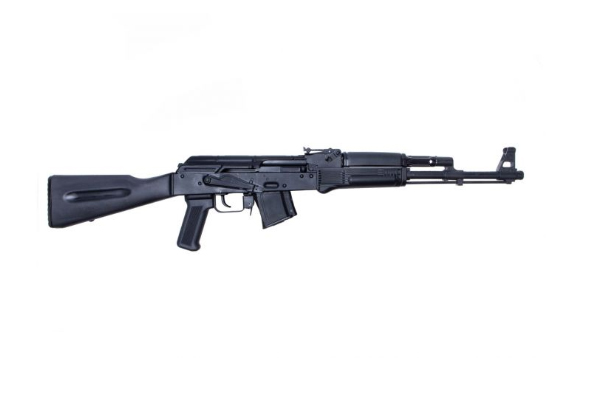 The Arsenal SLR is one of the best AK47 available in the market right now, both in terms of quality and affordability. It is an imported Bulgarian AK that has been adapted to be used by the US military. The Arsenal SLR series provides a good value for your money, having a sleek and futuristic design, which makes it look like a typical Modern Warfare weapon.

There are two different varieties of this rifle:  the first one is the standard size 36.9 inches model, which almost looks like an AK 47 in its earlier days. It is the more readily available variant in the series because of mass production. The other one is a shorter version of the model, having a length of 34.5 inches. But this model is quite challenging to get and requires a lot of paperwork to reduce the size of the handguard, the gas tube, or the barrel.

Like a majority of the good quality guns, the body of a firearm in the SLR series is made up of polymer, making the Gun much lighter and easier to use and handle. Like most of the guns available in the AK series, this Gun also has a Chrome lined barrel with the folding up stock for easy transportation and caring. As it is a stamped receiver rifle, the lifespan is slightly lower than that of the milled receiver, allowing you to fire around 100000 shots until it gets broken down.

With advanced safety features and excellent control, this Gun is genuinely worth the price in terms of specifications, precision, and handling. 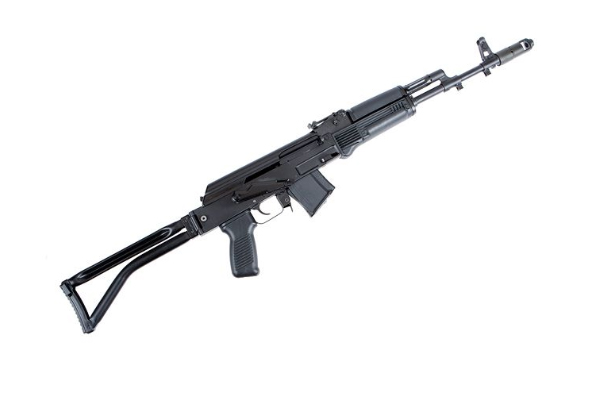 All the weapons in this series have a 7.62 x 39 millimeters caliber and have a right-side folding tubular buttstock. The receivers of these guns are milled from a hot-die hammer forged receiver blank in Bulgaria, producing durable and suitable grade Steel for receivers, making them strong and durable and giving the Gun a good long life.

They also have a chrome-lined hammer-forged barrel with muscle break, black polymer grip, stainless steel heat Shields, and an ambidextrous safety lever, which makes using the Gun quite easy for all the users. The SAM7 series is quite beneficial for a professional Shooter and for those who want to have a good grip over their guns.
However, a majority of the weapons in the SAM7 Series are priced quite high and thus might prove to be an expensive investment. 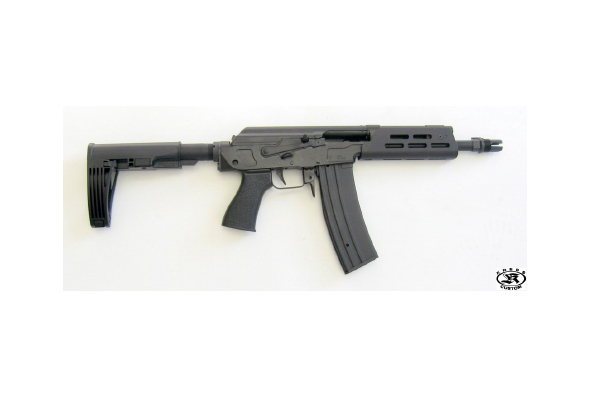 Krebs Custom AK is also one of the high price guns in the market. It is manufactured by Krebs Custom located in Northern Illinois. It is known for developing the AK suited for Modern Warfare with accessories and integrations much suited with the build and the quality of the Gun, looking at the price tag.

The Gun has a barrel length of 16.5 inches and is equipped with a 7.62 X 39 millimeters caliber. The overall length of the Gun ranges from 34.25 inches to 37.5 inches and weighs around 7 pounds in total. Like most of the guns in our list, this one also has a Chrome lined side and gas block and a 16.25 inches cold hammer-forged Chrome lined barrel.

It is also equipped with an A2 style to flash suppressor, a US receiver, integral mid- rifle Picatinny style rail section, Krebs custom Mk6 safety, an extended magazine release Lever, Tango Don pistol drop, and an AR 15 style rear sight.  All this equipment and attachments are enough to raise the price quite high for someone who just uses a gun for entertainment.

As an added advantage, this Gun also has a tremendous “KrebsCoat” finish, which gives a great sleek look to the weapon; overall, this Gun is quite a deal for gun enthusiasts and individuals for whom a 2000-dollar bill is not much of an issue to spend. 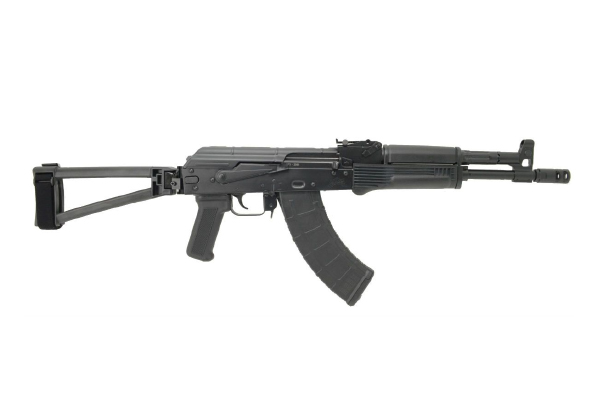 This wide range of options allows the customers and a gun enthusiast to choose what suits them the most.  Palmetto State Armory is best known for its quality products in the field of which weaponry.  In the beginning, the company was imported materials to integrate it into the existing guns and make them suitable for American households and the military. After a few years, they shifted towards making all the products in the factory rather than imported from other countries or companies.

Palmetto State Armory has now made its name in the sector and provided a lifetime warranty on all its products. With good quality manufacturing of Rifles and pistols under their belt, they also manufacture ammunition, gun parts like magazines, receivers, triggers, accessories such as Apparels, holster tools, and even optics such as the holographic sight, rifle scopes and many more.

Guns in the series are perfect for newbies and for those who want to try their hands on semi-automatic Rifles and pistols without spending much on buying a high price tag product. 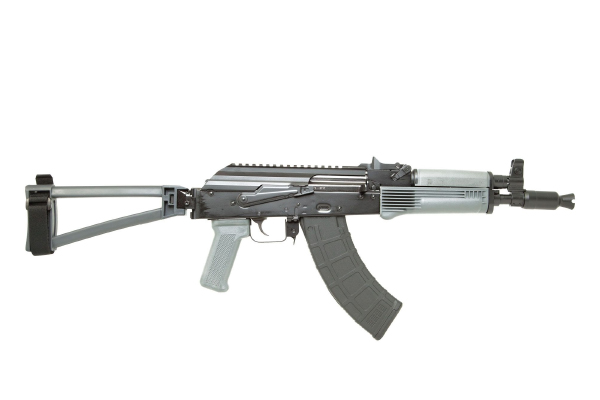 Now let us talk about AK pistols. Like the Rifles, the AK pistols also sell in the market like hotcakes. And when you talk about guns, we can never ignore the PSA AKV and AK P. The AK V, comes in 9mm, whereas AK P comes in 7.62×39 mm calibers.

Now, coming to the AK P, there is a wide range of options, like urban combat pistol, classic triangle side-folding pistol, classic Triangle pistol, nutmeg triangle side-folding pistol, again with the full range of color options. Here also we have equipment such as custom barrel Upper Handguard and others sold by the company, which can be attached to the Gun for better performance.

Both of the pistols mentioned above belong to the slightly expensive category and might not be suitable for someone who doesn’t have abundant to spend on guns. 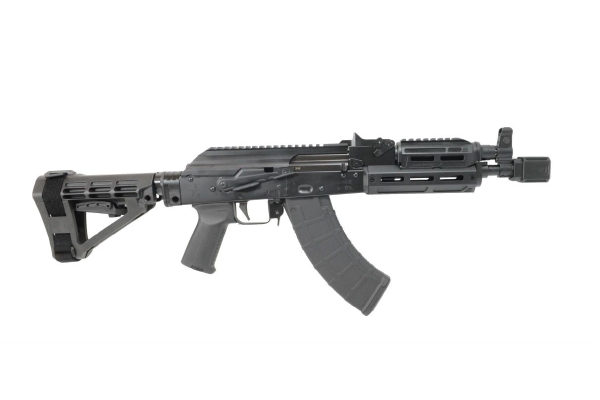 Also manufactured by the Palmetto State Armory, the Lead Star Arms Barrage looks more like a combat gun than a pistol. It is equipped with a 7.62 X 39 millimeters caliber and has a barrel length of 10.5 inches, made up of 4150 CrMoV steel with a nitride finish.

This Gun is also equipped with an LSA notched safety selector for enhanced safety. Other features included in this Gun are AK stock adaptor, fixed point sight and gas block combo, integrated rear tail site, SB tactical pistol brace, ravage receiver endplate, ZHR compensator, and a patented hammer.  It also falls in the expensive category and might not be suitable to be bought as a purpose of entertainment.

However, not all guns are worth spending your money. While some designs prove to be a massive success, some might not be safe enough for you to play with. In this guide, we will also talk about a gun, from which you should stay away in case you are planning to buy a new AK. 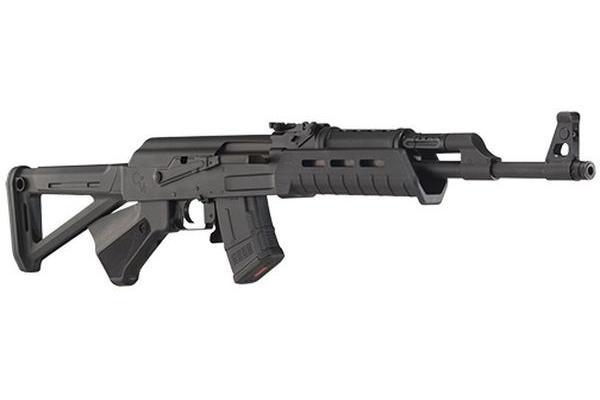 After its launch, it was one of the most sought-after guns in the market, but problems arose later as the guns started to malfunction after its owner head fired around 3000 shots.

The C39V2 is a gun made in the United States America and will work quite well during the first approximate 3000 shots. But after that, it might become unsafe to use, which might also become a potential danger to your life and to those standing near you while shooting.

If you are persistent in using it, you can still do it by taking the Gun to a gunsmith after regular intervals so that your safety is not compromised.

With this, we have now reached the end of the article about the best AK 47s you can buy and the Gun you should not consider investing your money in. Remember that once you hold a gun in your hands, your responsibilities increase by many folds.

The safety and well-being of all the lives around you is something you should keep at the top of your priority list. It is always advised to take safety precautions and follow all the norms by the book so that you are saved from any potential harm to you or anyone in your surroundings. With all this information from your side, you are now good to go and purchase a brand new AK 47. Happy shooting!